A selection to sweeten the arrival of autumn!

This month, we offer a look back at the career of iconic American singer Billie Holiday, a journey into the dark and melancholic world of artist Torres, and wild nights on the Mad Tribe album. Our October selection also includes a compilation of rocker Little Richard's legendary tracks, the soundtrack to the film "Modern Times" composed by Charlie Chaplin himself, and a refreshing pop album by Alex Rossi to combat the arrival of autumn!

You can find more than 60 other records in the extended selection! How much suffering does it take to express love, pain, despair or life? Few singers have conveyed emotion like Billie Holiday. Between prostitution, prison, and a few performances in bars where the generosity of the clientele was the only hope of remuneration, Billie landed a recording at the age of 18 with Columbia. It was the beginning of a recognition that has continued over the years. This record is a compilation of the singer's greatest jazz songs. The songs on this album veer between indie rock and hushed folk, unfolding over five or six minute stretches. They never insist on their structure, but it eventually becomes clear that they dip and pop at unexpected and intuitive moments, suggesting a creative songwriting mindset. A gem to be discovered! MAD TRIBE is a collaboration between SPACE TRIBE and MAD MAXX (Olli Wisdom and Max Peterson). Mad Tribe makes inspiring, intense and powerful music with an incredible production technique. They are both well established artists in the Psytrance scene for many years. They started making music together in 2005, immediately sharing a common vision of a powerful psychedelic sound with a twisted sense of humour. 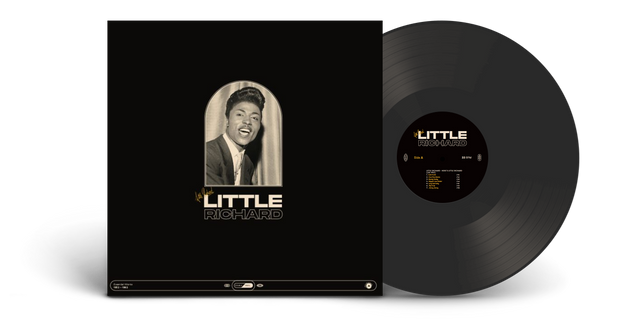 Little Richard is the stage name of Richard Wayne Penniman, gospel and rhythm & blues singer, Rock'n'Roller, homosexual, Seventh Day Adventist, and an extraordinary personality. One only has to read the list of titles on this album to understand the importance of this character in the history of music in the fifties: Tutti Frutti, Long Tall Sally, Lucille, Good Golly Miss Molly ... We can't imagine Rock'n'Roll without Little Richard and his influence on artists as important as Prince or the Rolling Stones places him at the top of the pyramid of influencers. Charlie Chaplin is best known as a silent film star, but he was one of the few to make the transition to talkies, and he also became a prolific and inventive composer of soundtrack music. On this record he composes the soundtrack to the iconic film "Modern Times" and demonstrates his creative versatility. Passionate about transalpine culture, from Battisti's pop to Claude Nori's photography to the films of Pasolini or Fellini, Alex Rossi has to make his films in music and in Italian. This origin creates his originality.The talented artist collaborates with his colleagues from Aline but also with SLOVE, interprets Con Questo Amore on the original soundtrack of Diastème's Juillet Août, gives 100% Italian concerts, holds the note, writes new material such as the nocturnal hymn of hope Domani è un'altra notte. And, as an encore, he unleashes L'Ultima Canzone, as it is and always has been, a starting point and an ending point for his artistic journey.