A shooting star in the sky? Make a wish! An antic lamp in the desert? Make three! Browsing Diggers Factory? Make a hundred.

It’s no surprise many old vintage records have gone out-of-print these days - who’s still buying records anyway? Well, there’s gotta be something wrong here: not only have vinyl sales been growing constantly over the past couple years - they've literally skyrocketed - but vinyl is officially “in” again. Wax is now the new trend, but we’re way ahead of that. Trend-setting - that’s what we’re aiming for, and you’re gonna play a big part in this. 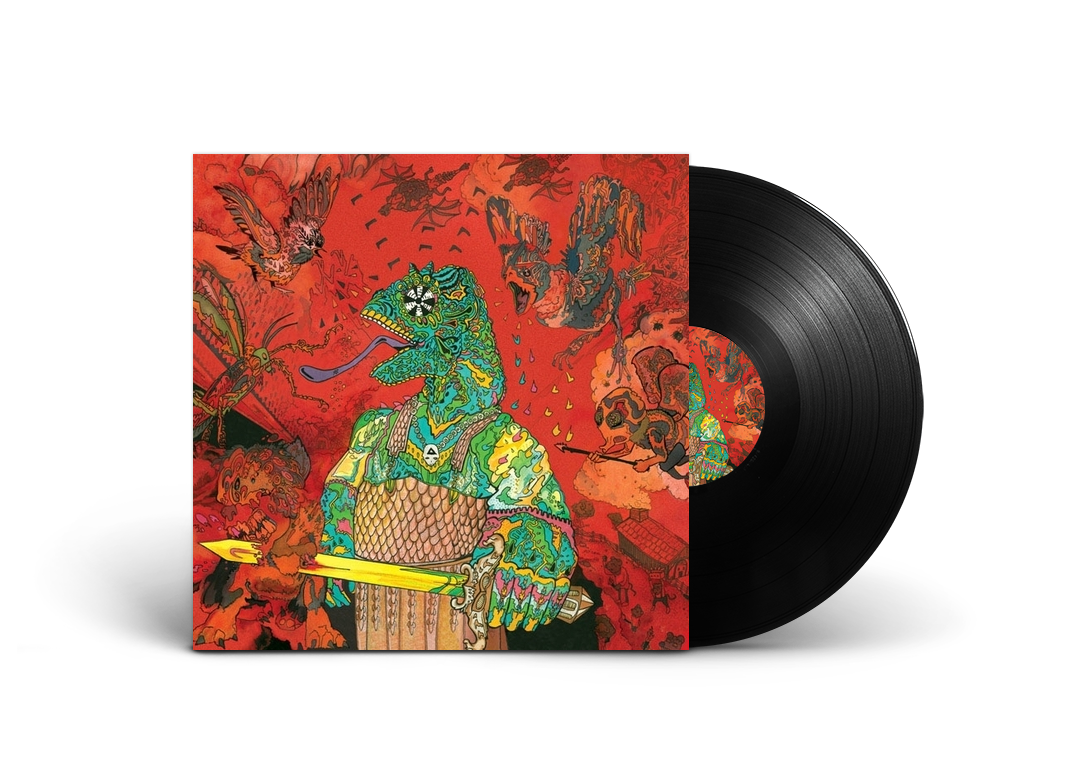 By voting for the rare oldies you want to see repressed, you’re the ones who decide what’s cool and what’s cooler. Welcome to the wishlist.

Ok, our first entry is not actually that old - a mere four years ago. Anyway: let’s go back to the very day where seven Aussies unleashed their raw and ferocious garage sound to the face of the world.

September 7, 2012 was not only the National Threatened Species Day in Australia - it was also on this day that many got acquainted with one of the most bizarre(d) species of reptile to roam the country. The Lizard Wizard is actually quite the thing: wielding a golden sword to defeat his opponents, his magic call will have you dance frenetically - and uncontrollably - to the sound of rough yet precise guitar licks, gritty vocals and furious tempos.

Halfway between Ramones and The Strokes, King Gizzard & the Lizard Wizard delivers a powerful, straight-to-the point garage through twelve genuine and visceral noisy songs. A bit far from what we know as 12-bar blues, the 12-track cruise sails the seven seas of rock music nonetheless, from Zeppelin-esque distorted harmonicas to an Iggy & the Stooges-like proto-punk sensibility. Though not really innovative, 12 Bar Bruise is so impressively executed that it’ll appeal to anyone in the mood for a 34 minute ride through the wacky roads of Australian garage rock.

Now that you’re all pumped-up, let’s get to the point: with only a few hundred copies pressed at the time, 12 Bar Bruised has become a highly sought after curiosity, with insane prices going as high as $350 for a single copy - like, WTF man. You got it right: now is definitely time for a repress. And you can make it happen: vote for the record on our wishlist now to show your interest! Ball’s in your court now, fellow Diggers.