You may have seen our new collection, Diggers Factory started a new editorial adventure called Vinyl Story ! This collection is composed of a comic book and a record. The stance is simple : speak about the history of music through those we can consider as the founders of musical culture as we know it today. 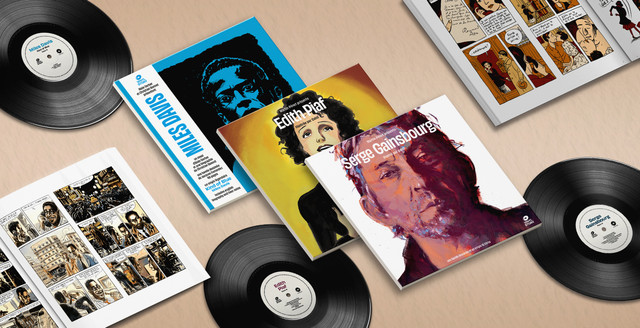 Records represent the origin of music : artworks, stories and the imagination they provide to their listeners are without equal. Digital consumption, being fleeting and naive, is essential and in our time, we offer you through this format another form of consuming what is cultural, as a means of further enjoying the music.

Find an album in your record collection, read a biography in your library, watch Miles Davis’ album cover while eating breakfast… All these actions come to root the history of music in us.

Vinyl Story creates a bridge between the past and its richness to tomorrow’s music which is still trying to understand where contemporary music comes from : in a single Vinyl Story, sound, image and the story of the artist are gathered.

They have thirty centimetres illustrations created by artists of this generation, a quality cell on the groove of the record, a pure sound including an autobiography by a specialist, a collector or an academic.

We begin this collection with the famous Miles Davis.

He’s probably the most revolutionary jazz musician of his generation and the most intimate for each one of us. He’s behind at least three legendary records :

Davis was the first artist to understand how to blend all musical genres to create a magistral and fundamental work which remains one of the masterpieces of the twentieth century.

His Vinyl Story gathers an original biography illustrated by Jacques Ferrandez, one of the most famous artists, and the record “Kind of Blue”. In other words, a dive into the heart of the character through sound, art and history. 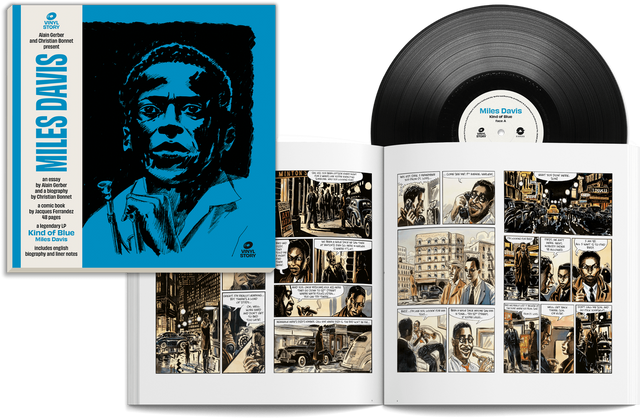 An essay from Alain Gerber, a biography from Christian Bonnet and a comic book from Jacques Ferrandez

La Mome also belongs in our collection.
Edith Piaf is a unique character who largely contributed to the history of music. Her voice, her love for Paris and her passions are an integral part of our national cultural heritage and make her timeless.

Surrounded by talented people whom she often helped to succeed, Piaf conveyed extreme emotions on stage. She also revealed the conflicts of her eventful journey to her public.

If we had to forget something about her life, it would never be her exceptional voice provoking such intense emotions to her audience. This voice is part of a repertoire which aesthetics are influenced by her time (realism and formalism) 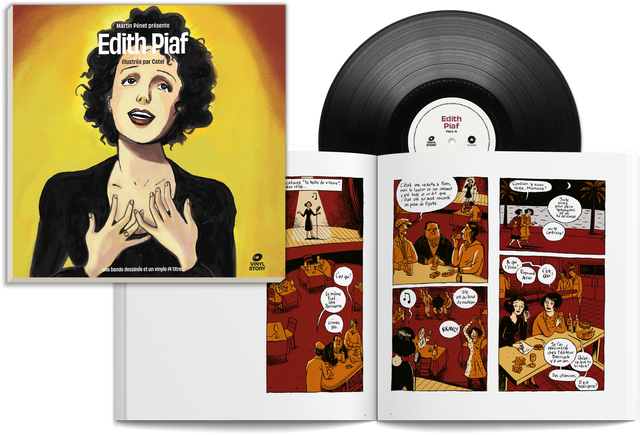 A biography from Martin Pénet and a comic book from Catel

The boss of French pop is also to be found in our exceptional collection !

The spiritual father of a generation of musicians who never cease to claim to be associated with him, Serge Gainsbourg earned his stripes playing the piano in cabarets during the 1950s. Fan of Gershwin and Trenet, supported by Vian, he tackles jazz music with ferocity and a demanding nature. His first records depict a character soon-to-be essential between modesty and provocation.

This record is devoted to Serge Gainsbourg’s early period, heavily influenced by the joy of jazz music and assisted by Alain Goraguer’s brilliant arrangements. The latter also contributed to orchestrating two soundtracks commissioned to Serge Gainsbourg in 1959 (Les loups dans la bergerie and L’eau à la bouche), and the best extracts are included. He was hoping to express meaningful lyrics.

Recognition came after the yé-yé and pop music; the time when we rediscovered songs from his early career, some of the most genuine. 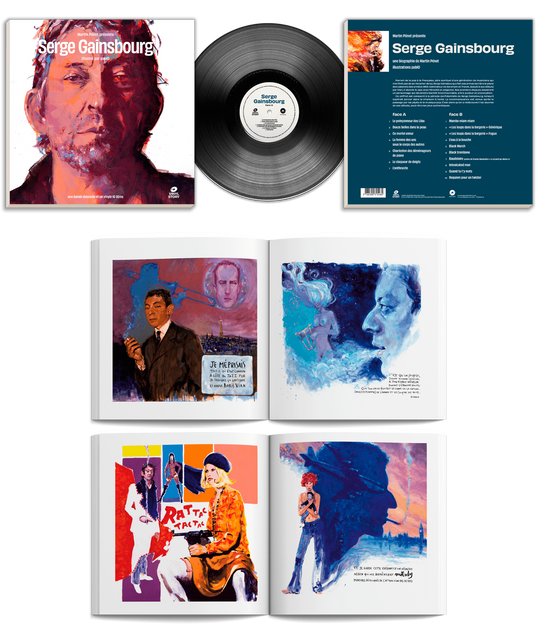 A biography from Martin Pénet and illustrations from pablO

Diggers Factory offers you its Vinyl Story collection, guardian of the history of music, available on our website and from our partners.