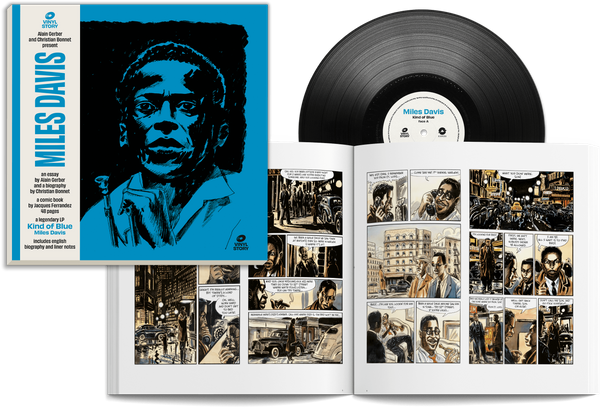 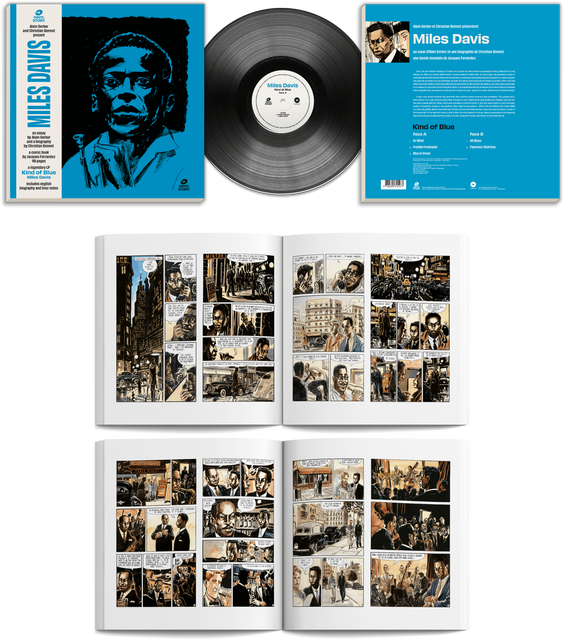 Davis is undoubtedly the most revolutionary and intimate jazz musician. He is at the origin of
at least three legendary records. In 1949/1950, he recorded The Birth of the Cool, a turning
point in the history of jazz as this record established the new jazz of downtown clubs as
ballroom jazz then lost its appeal. In 1959, he recorded Kind of Blue which opened doors for
jazz to the modern world. For decades, it was considered the best selling jazz as it sounded
then like an avant-garde and still sounds today like contemporary jazz. In 1969, he recorded
Bitches Brew, a blend of rock, funk and jazz music, often taking the name “Fusion”. Davis
was the first artist to understand how to blend all music genres in a masterful and essential
work that remains one of the 10 masterpieces of the 20th century. The Vinyl Story album
brings together an original biography of Miles Davis, illustrated by Jacques Ferrandez, one of
our most famous cartoonists, and the vinyl album Kind of Blue, one of Davis’ essential
albums. In other words, a dive into the heart of the character, through sound, artwork and
history.