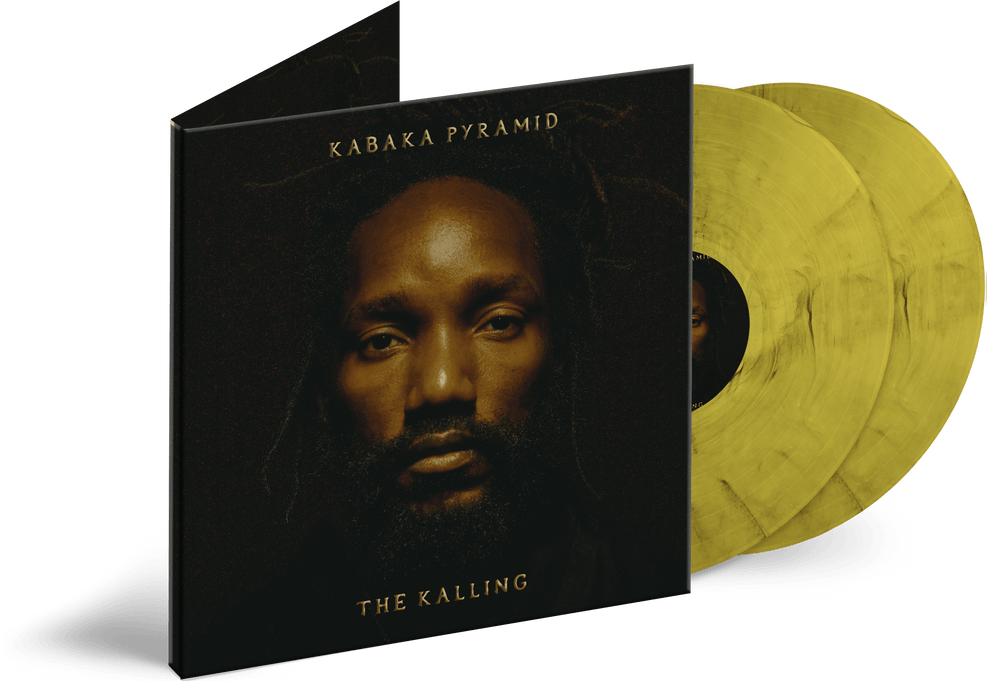 Kabaka Pyramid
The Kalling
Ghetto Youths International / Bebble Rock Music
Diggers Exclusive projects allow you to acquire vinyl records that you won’t find anywhere else: they are the result of a unique collaboration between Diggers Factory and the artist and are not distributed on any other platforms or shops.
Diggers exclusive
Limited Edition projects are produced in limited quantities. Once sold, the stock will not be renewed: first come, first served, so go for it before it’s too late!
Limited edition
Dancehall
Reggae

The Bebble Rock virtuoso Kabaka Pyramid released his sophomore album, 'The Kalling,' produced by Damian 'Jr Gong' Marley. The fifteen-track masterpiece features some of the reggae icon's most frequent collaborators like Damian Marley, Protoje, Black Am I, Jesse Royal, and new collaborators like Buju Banton and Stephen Marley. This second installment in Kabaka's album discography is a symphony of songs that make a musical statement about the evolution of his craft.

The name "Kabaka" is Ugandan for "King." The long-lasting survival of the Pyramids of ancient Africa represent his desire for longevity in music and deep connection to Kemetic roots; leaving messages for generations to come. He is known for songs like Warrior, Well Done which focused keenly on local systemic issues and Reggae Music that took on a life of its own. His debut album Kontraband was met with critical acclaim, containing hits such as Kontraband featuring Damian Marley and Kaught Up with a popular music video that debuted on BET.

The album features production from Damian Marley, Stephen Marley, Young Pow and Kabaka Pyramid, another tradition carried over from the previous album. Providing a sufficient platform for Kabaka to update listeners about his growth since his first album. The production highlights the richness of Reggae music, from the keen perfection of percussion and bass to the sampling of iconic songs of Junior Byles in Faded Away, featuring Buju Banton; Peter Tosh in Mystic Man; or Eddie Fitzroy in EZ Ride.

"The Kalling is really about my journey in music being for a higher purpose, not just to get rich or popular, but to inspire a higher vibration in whoever listens" says Kabaka Pyramid. "While the majority seek pleasure and sense gratification, there are a few who the Most High kall [sic] upon to keep the balance inna [sic] earth. Music is what I use to answer the kall and you can feel it throughout this album."

The album is nominated for best reggae album at the 2023 Grammy's.

A record label founded by Stephen, Julian and Damian Marley.