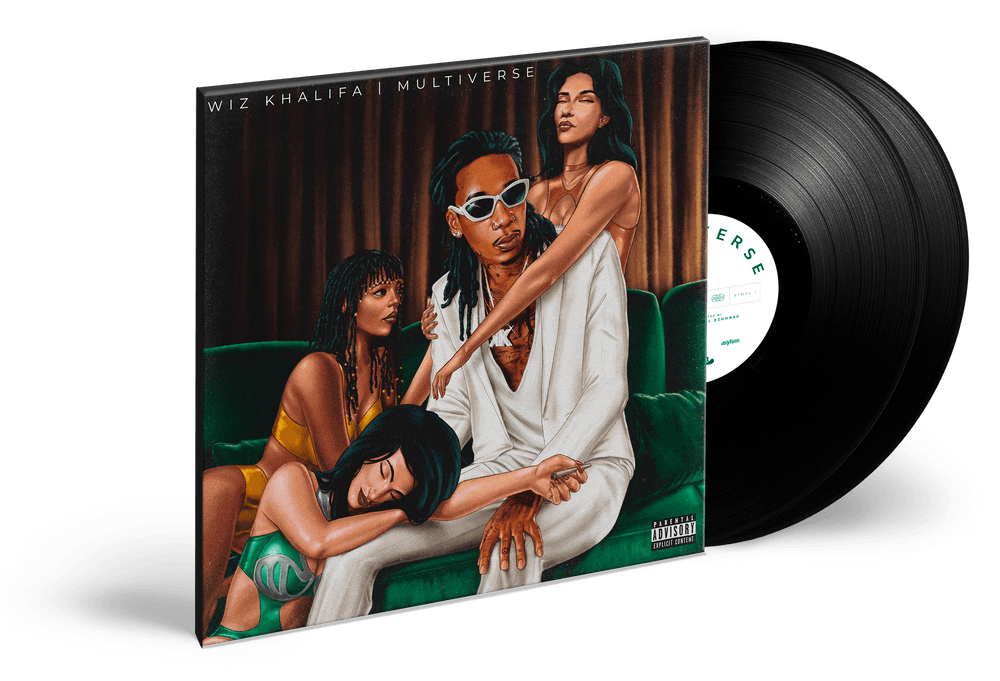 Wiz Khalifa
Multiverse [Black Edition]
Taylor Gang Ent. / Asylum Records
Diggers Exclusive projects allow you to acquire vinyl records that you won’t find anywhere else: they are the result of a unique collaboration between Diggers Factory and the artist and are not distributed on any other platforms or shops.
Diggers exclusive
Our on-demand campaigns allow artists to cover their production costs thanks to their community's pre-orders. Fans play a huge role by investing in their project, as this allows artists to anticipate the demand and avoid any overproduction - and therefore waste. If the project doesn’t reach its objective, you will be refunded.
On demand
Hip Hop
Rap

The highly anticipated album is Wiz’s seventh studio album and first full length album since the release of Rolling Papers 2 in 2018. On the album, Wiz reunited with Hitmaka to produce five songs. The pair have a long history of successful collaborations, including 2017’s “Something New” and “Still Wiz” released in 2020.