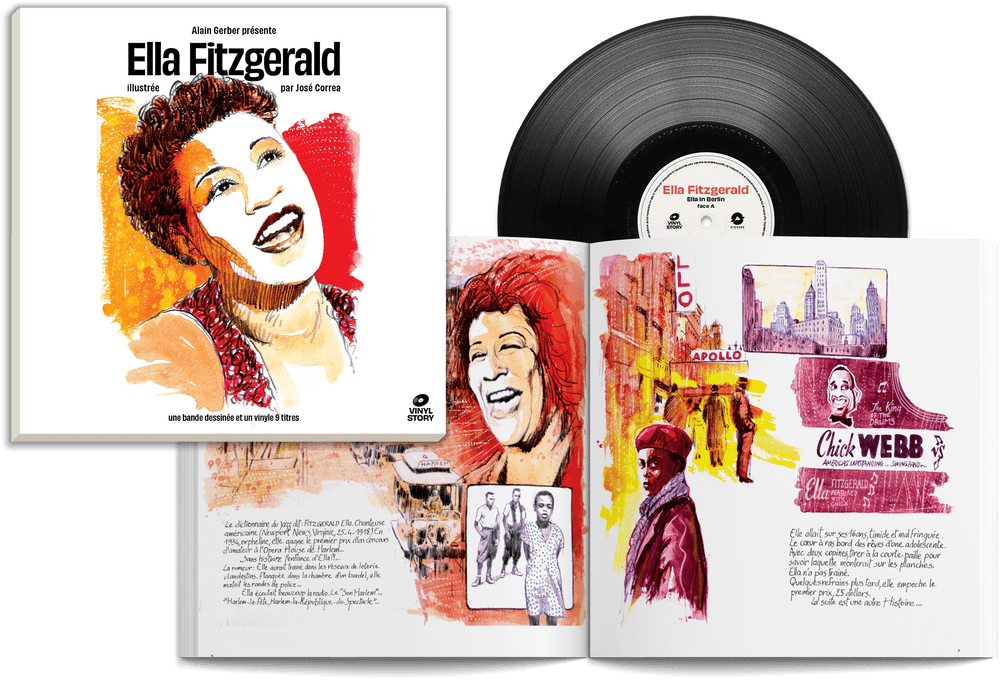 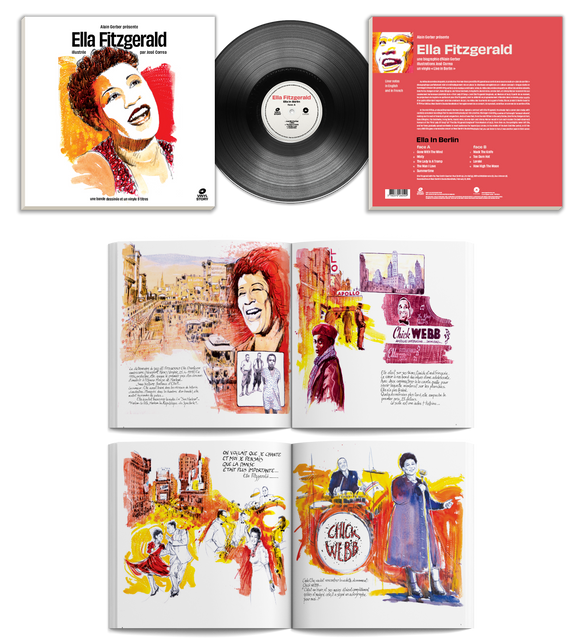 In the mid-Fifties, producer/impresario Norman Granz signed a contract with Ella Fitzgerald. He already had a career plan ready, with carefully conceived recordings that he would meticulously put into practise. Ella began recording a series of full-length “concept albums”, making one for each of America’s great songwriters. And so it was that, from the mid-Fifties to the early Sixties, Cole Porter, Rodgers & Hart, Duke Ellington, the
Gershwins, Irving Berlin, Harold Arlen, Jerome Kern and Johnny Mercer would in turn each receive the (well-deserved) honours of the “First Lady Of Song” (cf. “The Ella Fitzgerald Songbook” from Masters of Jazz). From then on, the spotlights never left Ella, and her fame gradually spread worldwide to reach audiences far beyond jazz circles. In the middle of the dark Cold War period, on 13 February 1960 Ella gave a memorable concert at West Berlin’s Deutschlandhalle that you can listen to here. It was another peak in Ella’s career.