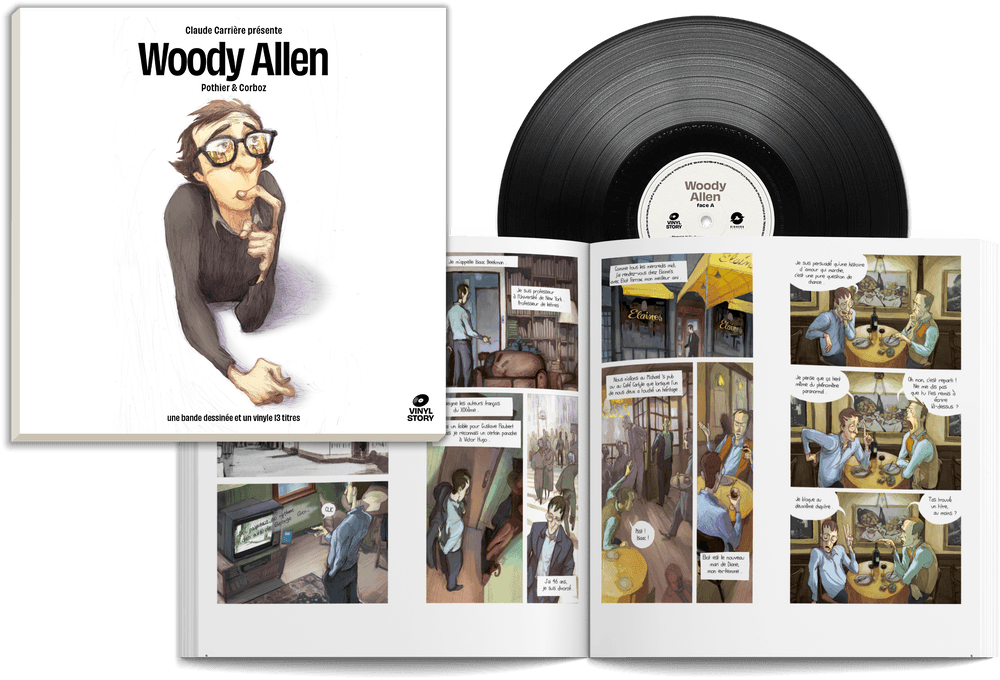 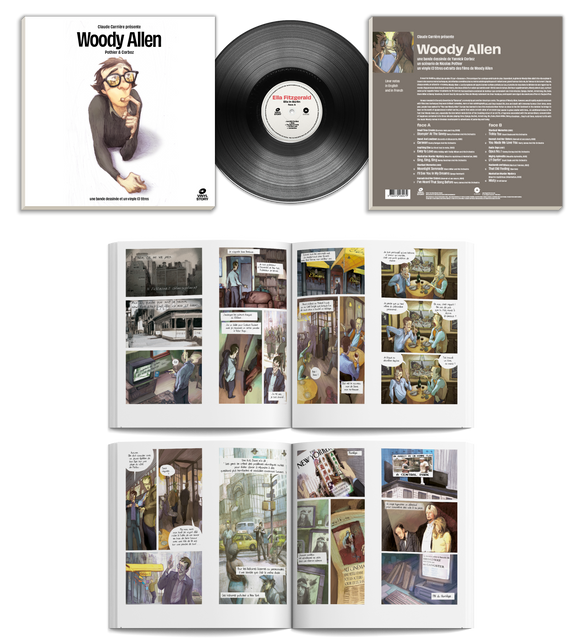 Woody Allen counts as one of the rare jazz-fan/filmmakers who use jazz to emphasize and punctuate their pictures. However, unlike directors who commission original scores from contemporary jazzmen — as Godard, Malle, Preminger or Eastwood have done —, Woody rarely went outside his own record-collection when looking for sound to illustrate his films (exceptions were the made-to-measure guitar solos recorded by Howard Alden and mimed by Sean Penn in "Sweet and Lowdown", and the arrangements written by the faithful Dick Hyman for Allen's musical "Everybody Says I Love You"). Most of the time, Woody simply chose his music from jazz records he loved. Right from the start you can hear that Woody's tastes in jazz are extremely conventional, although a little less so when he plays the clarinet himself: on these occasions, his playing formally reproduces the Dixieland model of the Twenties.
Among the things which, according to Woody, make life worth living (apart from Groucho Marx and Flaubert's "Sentimental Education") is "Louis Armstrong's recording of Potato Head Blues" (in Woody's film "Manhattan", over music by… Gershwin); Woody Allen's apparent passion for Armstrong is illustrated in a classic scene in "Stardust Memories" — one of the most simply moving scenes in the world — where Woody is listening to Louis' version of Stardust… Another of his favourite musicians is guitarist Django Reinhardt, who can be heard on several soundtracks: as a duo with Grappelli on piano; with the "Quintette du Hot Club de France"; and accompanied by saxophonist Coleman Hawkins (their Out Of Nowhere can be found both in "Manhattan Murder Mistery" and "Deconstructing Harry", the only instance of its kind with Erroll Garner's The Way You Look Tonight, heard in both "Deconstructing Harry" and "Alice"…) When you read the notes in the discography accompanying the thirteen titles here (taken from some ten of Woody's films), the filmmaker seems to have been impregnated by records he heard in his childhood; and
he also appears to feel a powerful nostalgia for them. This would explain the intensive use he makes of big-band recordings from the Swing Era, taken from discs by Benny Goodman, Artie Shaw, Tommy Dorsey, Harry James or Bunny Berigan, and also from records by a couple of musicians less popular at the time when he was a young white boy in Brooklyn: Chick Webb and Duke Ellington. Other artists for whom Woody Allen feels a particularly tender affection include Billie Holiday, Bix Beiderbecke and Frank Trumbauer, Erroll Garner (often), and Sidney Bechet, an overwhelming model for the director & amateur clarinettist. All this music from another age most often accompanies characters of today, without the slightest hiatus between the former and the often hilarious adventures of the latter. The combination provides incontrovertible evidence that emotions, like beauty, are eternal.