Ace Ventura
In Dub
Iboga Records
5 |
3 reviews
This project is available for immediate delivery. It will be delivered within 2 to 7 days.
Immediate delivery
Dub
Sold out

Fascinated by dub since his early years, Ace Ventura by Yoni Oshrat has always been a true advocate of the sound. The dream of a dub remix album eventually formed, and from this dream phase to a couple of years spent curating an exceptional selection of artists and reworks, this unique project now becomes a reality with the release of an Ace Ventura in Dub album. Featuring styles ranging from dub, organic dub, all the way through to dubby electronica, glitchy dubstep, uplifting psydub and drone ambient, dub journeys, the album takes a selection of iconic tracks to whole new dimension, delicately crafted by masters of the genre.

The digital and CD release lands 1st of July, and the limited edition vinyls will be available in August. For all fans who order the vinyl we will send out the digital release for FREE to your email on July 1st, and you also stand a chance to win an autographed CD (draw for the 5 winners will take place in September 2022).

Stay tuned for more exciting collectors items, as we also have an exclusive NFT edition of the album with special versions of each track coming towards the end of the year!
Artwork by ELOH PROJECTS

It’s a pleasure to have a copy of your fantastic music on vinyl. Maybe Paradise Engineering next? 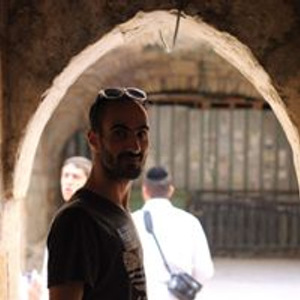 It’s a pleasure to have a copy of your fantastic music on vinyl. Maybe Paradise Engineering next?

The year was 1997, and the great tree of electronic dance music continued to expand and split into various branches and their native tribes. Psychedelic trance was in full swing, with its staccato kick drums, high BPMs, and consciousness-expanding synth patterns. To some, it was more than a music style - it represented a way of life. Thus it was for Emok and Banel, two young Danish DJ/producers who fully leaned in and came together in Copenhagen to establish what would become one of the longest lasting and most universally respected labels in the psy-trance underground. Ace Ventura, Liquid Soul, Captain Hook, just some of the superstars of the scene that have been loyal mainstays on the label's release calendar over the years, but never detracting from the label's ethos of developing new artists through unity, collaboration, and steadfast support. In 2022, Emok and Banel still wake up every day thinking about their core values of connection, passion and ultimately a zest for life. And of course: heart-racing, foot-stomping, and mind-expanding beats!