Laurence Vanay
Ghost Notes From The Stone Vessel
This project is available for immediate delivery. It will be delivered within 2 to 7 days.
Immediate delivery
Chanson française

This album is like a private and historical dive into Laurence Vanay’ work. The tracks had been selected by her own daughter, Marine Thibault (SEYES, Lia Moon, Wax Taylor), in order to (re)discover the sensitive and unique repertoire of an unknown artist but yet part of her time’s avant-garde.

This musical collection title, Ghost Notes from the Stone Vessel, directly refers to Mon Vaisseau de Pierre (My Stone Vessel) a goodbye song written by Laurence Vanay when she had to leave the Château d’Hérouville, a so called recording studio she headed with her husband Laurent Thibault. Moreover, all tracks had been written, composed and recorded at the Château between 1974 and 1985. 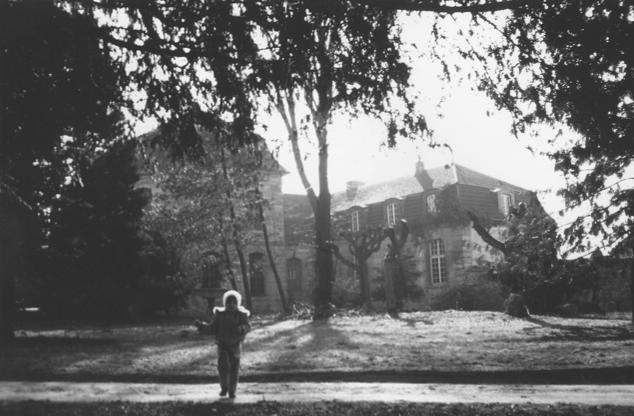 FROM CLASSICAL MUSIC WRITING TO PSYCHEDELIC FOLK AND INFLUENCES FROM ABROAD :

Studying at Conservatoire de Paris in its both organ and improvisation programs, Laurence Vanay get specialized in the Bach repertoire, the writing of musical fugue and counterpoint. Thanks to this complex musical process, she brings each voice to sing her own melody in perfect harmony with the others, translating a true life philosophy in her music. The solo for piano track ADN is by the way a great example of the harmonic sequences’ richness in her work. In Galaxies, she engages in more psychedelic explorations, giving room and space for letting go and emotions. She explores the organ’s sound textures and its complex settings. The eponymous album was almost recorded in a row by the musicians without adjustments on the recording, giving us a a tangible and lasting impression of a bygone era. In Berceuse pour un ami (Lullaby For a Friend), Laurence Vanay plays around detuning her guitare, offering original chord colors unplayable otherwise. Drawing on pentatonic scales, we could almost see some Asian influences. Regarding Majunga, it’s the fruit of an intense shows tour in Madagascar with her Malgassy musician friends. 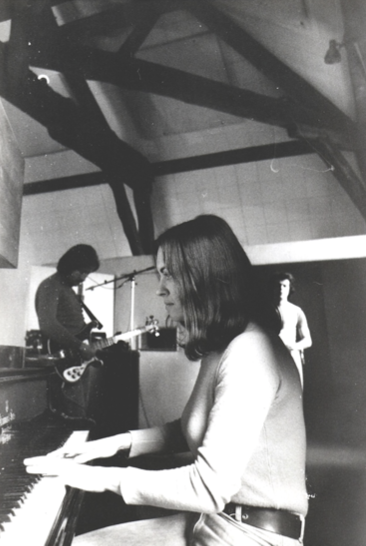 Each one of her music tells a story. As a diary, she frees her emotions of the moment into her compositions. Most of it are by the way related to the passionate love she had for her husband, Laurent Thibault, and to the strokes they went through together in the Château d’Hérouville.

In L’oiseau de Lune (The Moon Bird), she imagines a great white bird coming at night, bringing her to the light and pulling her out from the inferno she finally been through at the Château. Her music is like an escape, as an aspiration to something bigger, better as Prière pour un nouvel amour (Prayer for a New Love) ... Evening Colours is for its part the melody of a heartbreak, the notes quietly singing « Do you think about me still ? ». Indeed, we often imagine the « Rock’n’Roll years » and the sexual freedom era going along with as something crazy and exciting but we barely dwell on women feelings and the brutal waking-ups from parties and excesses the morning after. 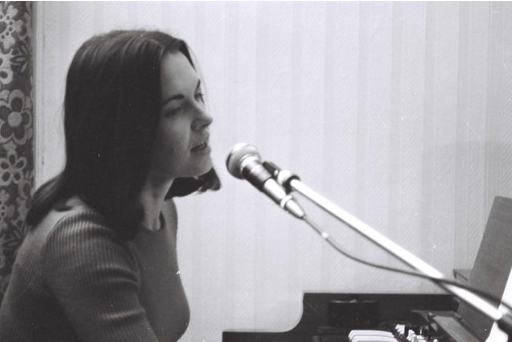 DEMAIN, LE SINGLE ET LE CLIP :
Demain (Tomorrow) is a love song, as a distress call to save the man she loved and who get lost. The exclusive video for Demain, written and directed by Virginie Naudillon, is an autobiographical wink of an eye to the artist’s life. Related to her adventures in the Château d’Hérouville Studio, it depicts the Rock and wacky years accompanied by their batch of excesses through the suffering of a man. This man, isolated in his bedroom, sleeps with eyes wide open closing them as soon as the day breaks, refusing joys and love offered to him. This video brings to light the beauties of the world. A beauty all the more dazzling as it is put in contradiction with a dark parallel world, synonymous of a lost freedom for this fallen creature. 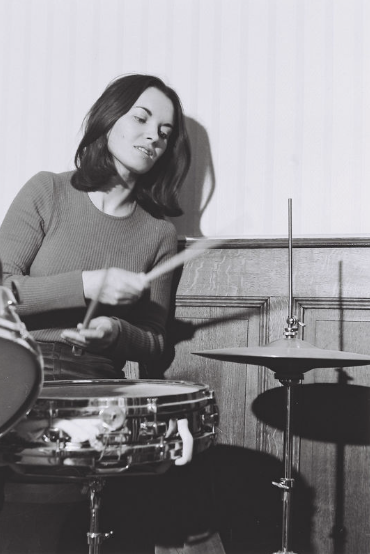