Natty Nation: "We're reincarnating our landmark 2008 album in a special 10 year anniversary, double vinyl edition, featuring the full 14 track album on Sides A, B, & C, and side D has some exclusive, never before heard remixes and dubs by some of our favorite associates, friends, and master producers. Full double gatefold cover with lyrics and credits for you to dig into as you focus your mind on the music.."

1) At the time why did you choose to name your album "Reincarnation"? What did it mean to you? Does it still have the same meaning?

JAH Boogie: I chose the name reincarnation because I read a book called “reincarnation in the Bible“ and in this book I realized that the concept of reincarnation exist throughout most cultures and spiritual beliefs systems. At the same time I felt as if the band was in a stage of reincarnation which was synchronicity. I would say it has a broader meaning as time goes on. Mainly because we always reinvent ourselves which is a form of reincarnation and that is a continuous process.

2) Why release your vinyl record today? At the time how was it received by the public? & today what does it mean for you to press your music on vinyl?

JAH Boogie: we are releasing the vinyl because we have reached a 10 year anniversary of the original release and we would love to showcase the alternative versions of the songs on side D. When it was released it won world album, world song (Reincarnation), & hip-hop song (Greed) of the year at the Madison Area Music Awards, and we also won overall Artist of the year and world performer of the year, I won male vocalist, and Louka won guitarist of the year. “Cool and Proper” won Broadjam's international song of the month. Pressing any project on vinyl is special to us because we come from that era when vinyl was a regular thing so it takes us back to that time of our lives… Our childhood memories.

3) On the last side you have added remixes. Can you tell us more about these collaborations?

JAH Boogie: on this album we used producers outside of the band for the first time. Now we will display some of these producers talents even further with the remixes and dub versions on side D.


4) iNatty Records is your label, what does it mean for you to be independent?

It’s very important to us to be independent, it could be for the best or for the worst but we see it in the best because we can control our own destiny. We can also release the music that we feel is the best and not be influenced by anyone outside of ourselves in that decision. Not to say that if the right collaboration came along we wouldn't be interested in joining forces with an entity that would be able to spread our music farther than we can on our own, but creative control is very important to us. needing to give that up would be a deal breaker.

5) The album Reincarnation has a lot of Hip Hop vibes , can you tell us more about the link that units reggae and Hip Hop for you? What is the part that interests you the most? activism and social / political messages? the sounds, the samples?

We are very influenced by hip-hop and the culture of hip-hop. The connection to the reggae has always existed. Hip-hop actually grew out of reggae culture. Both reggae and hip-hop speak from a place of hard times, and despair but also upliftment and inspiration.

What inspires us most is the political and spiritual messages delivered through this music.

6) Are there other styles of music that inspire you?


7) In 2008, how did you proceed to record the album? How many musicians are on this recording?

We started to put reincarnation together around 2007 using producers from outside our camp. And also using a backing band for the live tracks consisting of four other musicians.


8) How does the album come to life on stage? Are there songs that are played differently? Most of the time, what do you think are your fans' favorite tracks ?

The album comes alive on stage with a bit more energy than the album because of the live audience participation. We do play songs a bit different than the album due to the use of live instruments versus produced tracks in the studio. I think some of the fan favorite tracks on the album are “Cool and Proper”, “Hurricane”, "Shepherd" and “Reincarnation”


9) Are you a vinyl collector? Aaron: yes, I have probably about 2500 vinyl records, though I've never counted, so that could be way off. It's a lot though, and almost all of them are good. I'm pretty picky with the vinyl I choose to buy. I wasn't always that way though. When I was younger I would just buy anything that looked cool, as long as it was cheap. Usually at a garage sale. I used to hit all the garage sales all summer looking for dope records. That's how I discovered a lot of the music that influenced my musical tastes, so yeah, vinyl is very close to my heart. I also love the whole ritual of taking out the record, cleaning it off, placing it on the table and dropping the needle. It really sets up the experience, making it much more special than flipping over to Spotify or whatever and hitting play while you putz around on Facebook or Twitter.

The big artwork and the extensive liner notes were so important to me too. That's how I used to learn about different artists, and what each player meant to the recording, especially in jazz records. They'd have these great essays that spoke so eloquently about the artform. I feel sorry for the kids who never had a chance to grow up with liner notes. These days even CDs are hard to come by, and most of the digital streaming platforms have little if any liner notes. It's a real disservice to the music and the musicians if you ask me. But now I just sound like an old guy complaining about "kids these days!" Ha! But seriously though, I can't even blame them, because they don't even have the option unless they really seek it out. If it wasn't blatantly obvious by now, I'm all for this vinyl resurgence that's happening these days. I hope it continues and expands!

10) What is next for Natty Nation? Do you have any ongoing projects?

We plan to release a 7" single called “stand in love“ on 4/20/2019, which is record store day. the song is a remake from our second album “Earth Citizen”. Beyond that we plan to roll out singles until we finish the next album project, which is already underway. 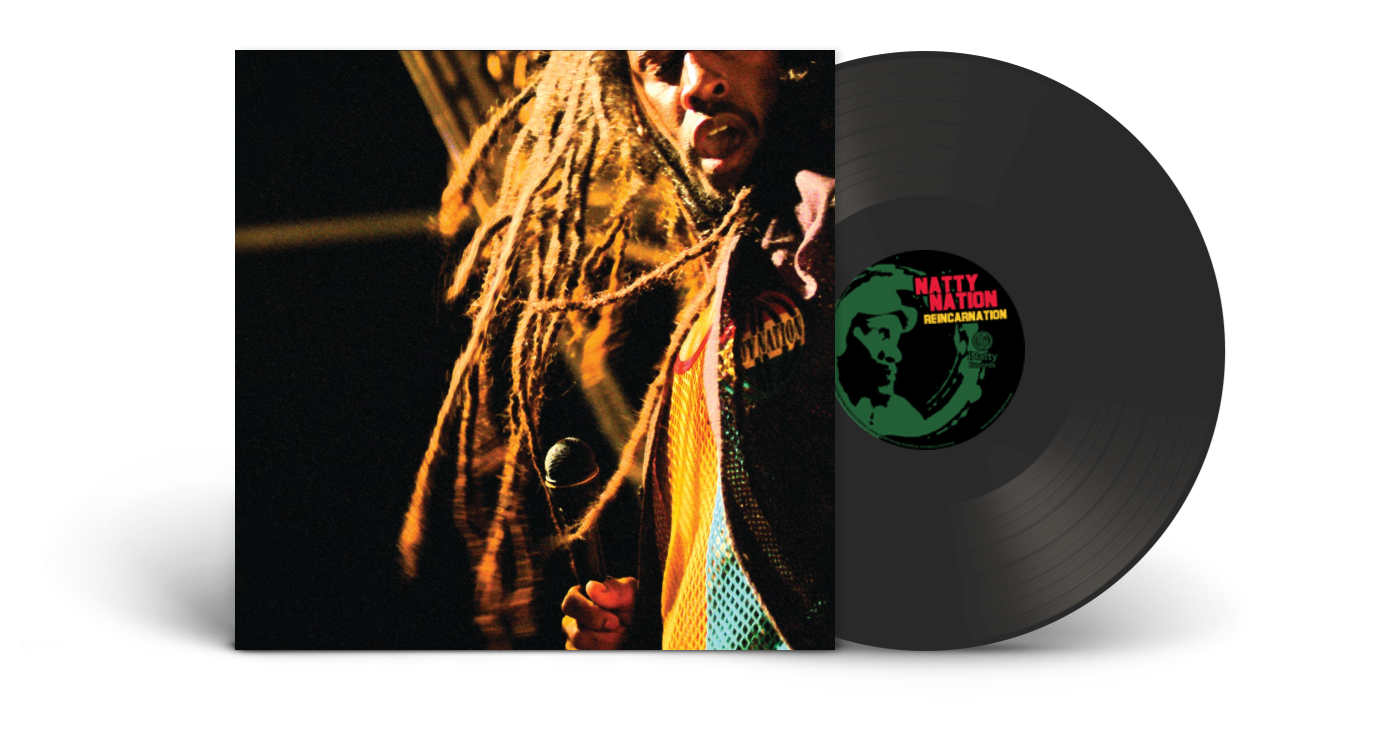