BLACK UHURU
TAXI TRAX
TAXI TABOU1
5 |
4 reviews
This project is available for immediate delivery. It will be delivered within 2 to 7 days.
Immediate delivery
Reggae
Sold out

Thank you members of Black Uhuru for releasing such awesome music. This album with Sly & Robbie takes me back to junior high and high school in the 1990's. Peace and love! 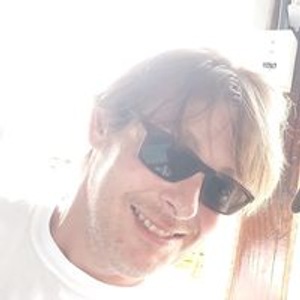 Black Uhuru and Sly & Robbie took the Reggae scene by storm in 1977, at a time when Reggae was running out of steam and was on the verge of becoming a caricature of itself. That same year, Punks blew up the established codes in the music industry and Black Uhuru is in many ways Jamaica's answer to that movement: following years of positive vibrations and hope, Black Uhuru represents the disillusioned youths of Kingston's ghettos. Leather clad, in your face, with an attitude, they departed from the lovey dovey image so far bestowed upon Rastafarian Reggae…

Backed and produced by Sly & Robbie, the heaviest rhythm section the universe has ever seen or heard, Black Uhuru screamed and lobbed dynamite sticks in lieu of lyrics. Their concerts were a deluge of fire and brimstone that took no prisoners. Once Sly & Robbie took them under their wing, they sounded hard onstage and in the studio.

For several years, Sly & Robbie worked tirelessly with Black Uhuru, producing singles and albums on their TAXI label. They had firmly established themselves at the forefront of the Reggae industry and after several years backing Peter Tosh, they were ready for new musical adventures where they could experiment at will.

TABOU1, in association with TAXI and Diggers Factory, is proud to release TAXI TRAX, a double album compiling singles released on Sly & Robbie's magnificent TAXI label during that 1977-80 period. Along with Reggae anthems like "Abortion" or "Guess Who's Coming to Dinner", TAXI TRAX contains several rarities and singles previously unreleased outside Jamaica: covers of Bob Marley's "Sun Is Shining", Dawn Penn's "No No No" or the unexpected "Aquarius", fully appropriated by Black Uhuru from the 5th Dimension's
original.

All in all, TAXI TRAX is filled with sides A and dubs, as well as super rare "Dubplate" mixes, which were miraculously salvaged and restored for this collection. Superstar graphic artist Bruno Tilley designed a cover that mirrors the group's harsh intensity, using Adrian Boot's photographs and liners written by Reggae authority Noel Hawkes, who interviewed Sly and the group.

TAXI TRAX showcases a long gone sound that mashed up everything in sight at the time. This time capsule is a perfect introduction to the crucial formation that revolutionized Jamaican music in just a few years.

Note: TABOU1.com will release the digital version of this album as an NFT on its soon-to-be-launched NFT platform.

Brilliant compilation, one of my favourite bands ever.

Thank you members of Black Uhuru for releasing such awesome music. This album with Sly & Robbie takes me back to junior high and high school in the 1990's. Peace and love! 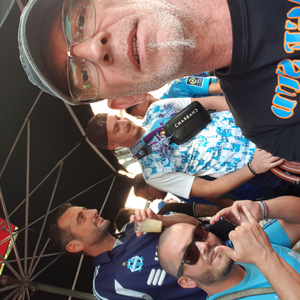 Brilliant compilation, one of my favourite bands ever.

TABOU1 is celebrating its 25th anniversary in 2022. It specializes in "Roots With Quality" Jamaican music. Over the years, TABOU1 has released about a hundred albums by Sly & Robbie, Black Uhuru, U Roy, Horace Andy, Bitty McLean, Gregory Isaacs, Gladiators, Abyssinians, Pablo Moses and many others.

TABOU1 is proud to collaborate with vinyl specialists Diggers Factory on an exciting release schedule over the coming months.

TABOU1 was the first independent Reggae label to sell its music on digital platforms in 2004 and has recently decided to enter the burgeoning NFT space. The TABOU1.com platform will soon offer not only music by major Jamaican artists, but also visual arts NFTs by painters, street artists and photographs.