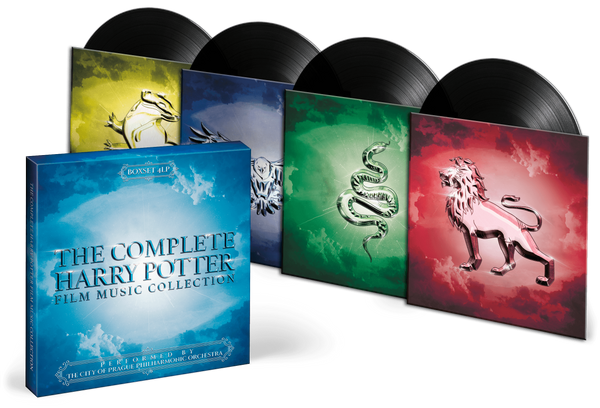 This unique BOXSET quadruple LP, 33 track collection of new recordings by The City Of Prague Philharmonic Orchestra brings together the music from all eight films for the very first time.

The Silva Screen Music Group is a London based independent record company, which is home to one of the world’s leading film and television specialist soundtrack labels, Silva Screen Records. Founded by music devotee Reynold D’Silva in 1986, the group has a catalogue of over 800 titles and in excess of 10,000 master recordings, with offices in New York, Paris and Mumbai.