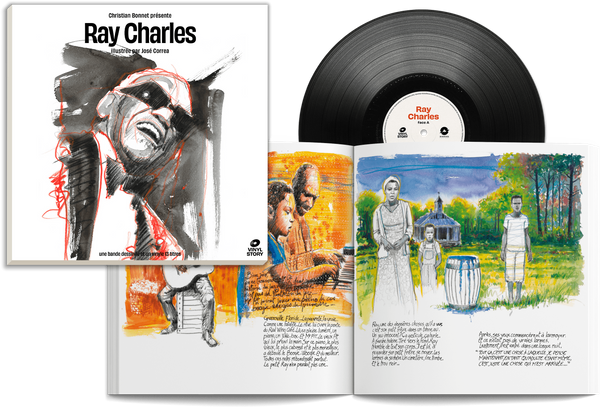 Ray Charles
Vinyl Story par José Correa
Diggers Factory
This project is available for immediate delivery. It will be delivered within 2 to 7 days.
Immediate delivery
Jazz
-20%

The American media gave Ray Charles Robinson pretentious nicknames like "The Genius" and "The High Priest of Soul" or, more simply, "Brother Ray", but at the beginning he was just a country boy whose ambitions went no further than making a living as a singer and piano-player. He was raised on blues and jazz, and might have been content with a little place to bask in the sunshine of fame alongside "brothers" like him, those who contributed to make Rhythm & Blues popular in the Fifties, but... Ray was the only one who carried a lethal secret weapon: Gospel. To the vast dismay of his Afro-American brothers, Ray had the audacity – and indeed genius – to bring out the ecstasies and trances hiding inside religion and show them to the world outside of the church. This album brings together the emblematic titles of his most creative period on the Atlantic label (1953 to 1961) with an accompanying biography illustrated by José Correa.