The Japanese producer Masaaki Yoshida aka Anchorsong has become globally recognised for his unique live shows: he creates electronic music completely live using a sampler (MPC2500) and a keyboard, right in front of the audience. While he mainly performs solo, he frequently augments this setup with a string quartet.

Having put out three successful EPs in Japan, Anchorsong's international debut, ‘The Lost & Found EP’ was released on 28th March 2011 on his own label, Case Study.
A few months later, in November 2011, his highly anticipated debut album, 'Chapters' was released worldwide on Tru Thoughts Recordings.

His second LP ‘Ceremonial’ on Tru Thoughts Records was released on 29th January 2016, blending traditional and modern music with a richly textured tapestry of outward-looking sounds. The album brings a richly textured tapestry of outward-looking sounds, blending modern and retro music and treading new ground with tribal rhythms fitting in seamlessly with all the wizardry you would expect from a first class 21st century composer. 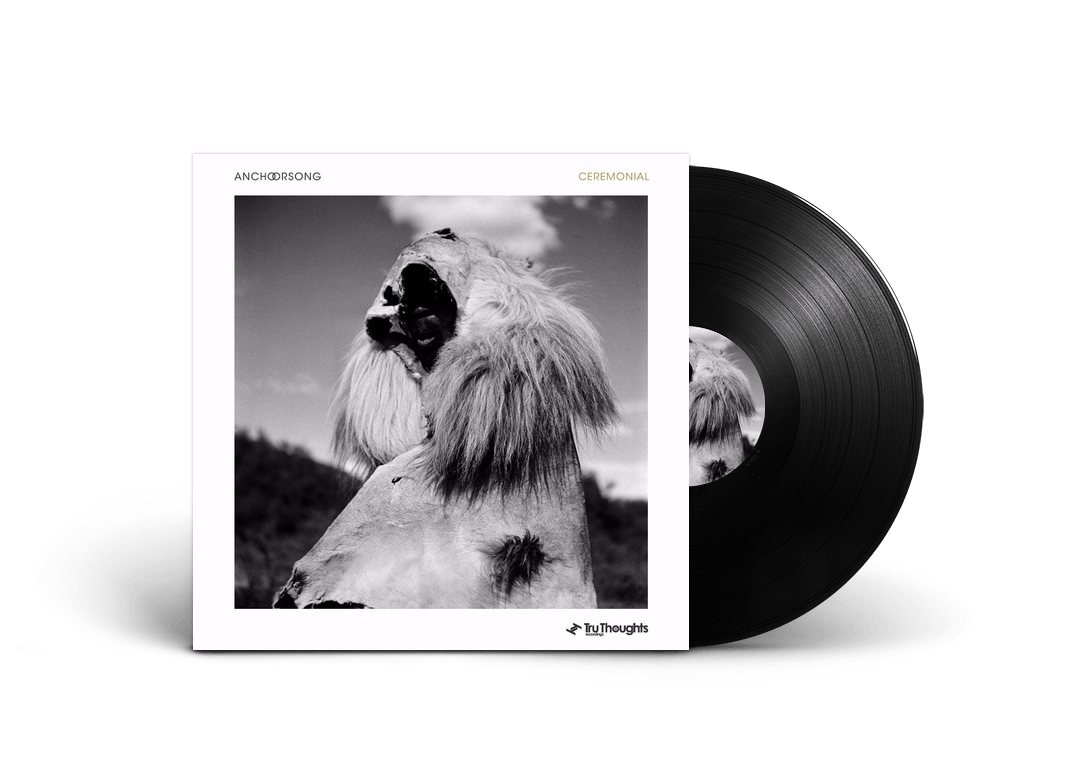 Before being your moniker, "The Anchor Song" was actually the title of a song from Björk’s debut album released in 1993. Is there a particular story behind that specific song? Why did you chose its title as your artist name?

Yes indeed, it’s named after “The Anchor Song”. I was in a band back then, and we were trying to come up with a name which represents our music rather than ourselves. We liked the idea of using the term ‘song’, and I immediately thought of “The Anchor Song”. Anchor is a symbol of something reliable, so it made perfect sense for us.

Talking about her: Björk is known for always trying new things and pushing the boundaries of contemporary music further and further with every new album. Did her approach to composing music have an influence on yours?

She’s one of my favorite artists of all time. There’s not much similarity between her music and mine perhaps, but I admire her stance as an artist. She gets inspired by all kind of music, but the outcome is always nothing but Bjork. I take the same approach for making music.

You’re a London-based Japanese musician sampling African artists to compose your music. In these troubled times in which some world leaders are willing to build walls to isolate populations, your music is a banner of the benefits of multiculturalism and cosmopolitanism. What are your thoughts about that?

It wasn’t my intention since I never try to reflect my political view on my music. I do dream of the world without borders though, and it makes me happy if some people find it in my music.

As a musician, what are your thoughts about the resurgence of vinyl? Do you think it’s just a trend or there’s something more to it?

I think it’s pretty normal and healthy that many people buy records even if they know they can listen to the music without obtaining it nowadays. There is something romantic about putting the stylus on vinyl and listen to it while just staring at its cover, it’s not something you can experience with streaming services.

Was it important for you to have Ceremonial released on vinyl? What reasons urged you to use Diggers Factory’s services?

I was always hoping to release it on vinyl since it came out. One of the main reasons is that I love the cover very much. It’s an image of a man wearing animal skin, photographed by Constance Stuart Larrabee in 1940’s in Botswana.

Ceremonial ranked No. 5 on BBC Radio 6Music’s Album of the Year 2016 list. How do you feel about that? Is recognition from critics as important to you as the love and passion you get from the fans?

I’m a fan of 6Music myself, so it was a real pleasure and honor. I met so many people who discovered my music through 6Music during the tour last year.

You embarked on a European tour last month. Did playing live influence the way you initially envisioned your songs? Did they evolve from the studio to the stage?

Every time I perform, I discover something new and reflects it on both my live set and recording. Although it might be subtle, I’m making minor changes on my older tracks all the time.

You played in Paris for the very first time last month. Do you consider that an act of resistance and a call for peace after what happened there back in November 2015?

I paid a visit to the club and thought about the people who were affected by the incident. The place must have a whole new meaning for people in Paris, and I’d love to play there sometime.