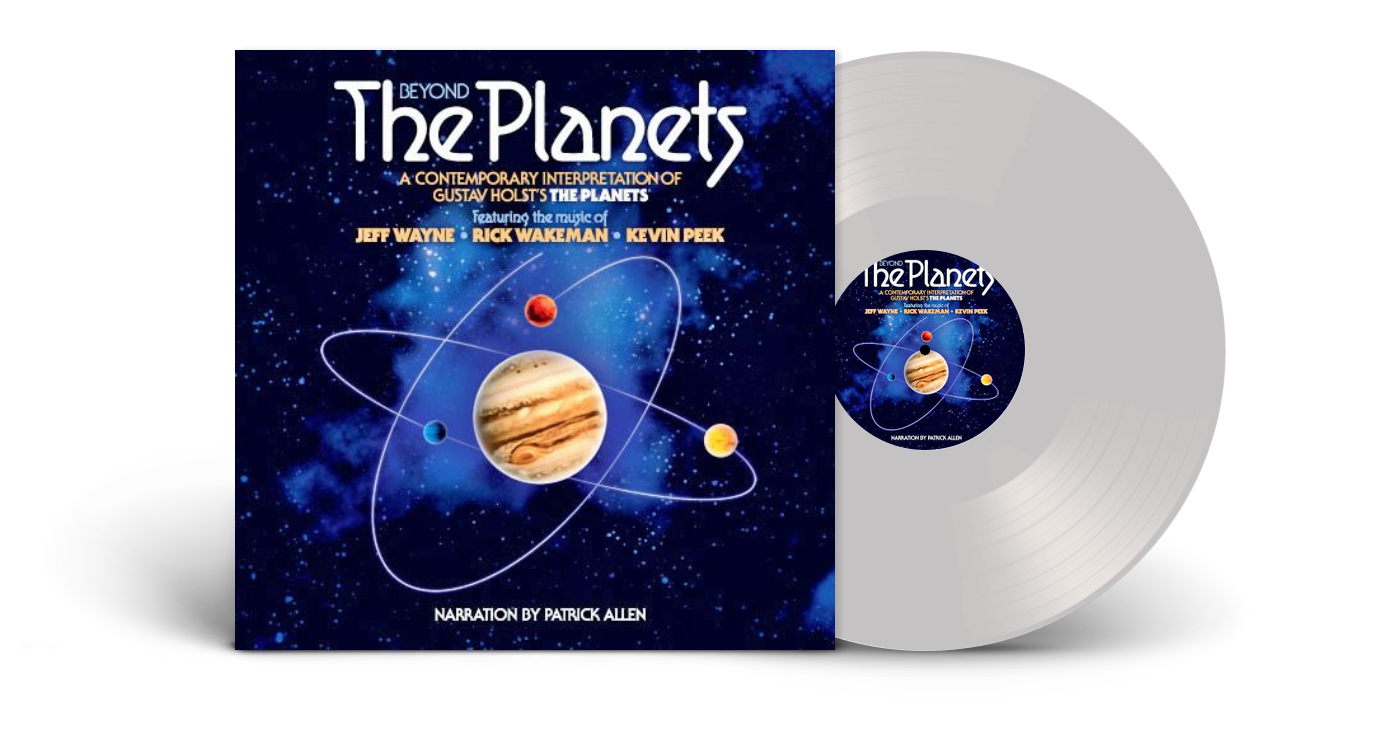 Have you even wondered what would happen if the king of progressive rock keyboards teamed up with the bloke who wrote The War Of The Worlds rock opera and the guitarist with the late lamented Classical Rock group Sky? Well, you need wonder no longer!

A reviewer on the Prog Archives writes: "Beyond the planets" is essentially the performance of Holst's "The planets" in a rock context. Wayne's contribution is limited to the composition of an Overture for the album. As this ends, some brief narration by Patrick Allen is heard. Allen does a great impression of Richard Burton, which when combined with Wayne's distinctive sound, immediately creates echoes of "War of the worlds". Allen returns a couple of times during the album to link tracks together with further brief narration. The familiar introduction to "Mars" (as used by Rainbow on "Eyes of the world" among many others) then takes over, and we launch into a full rendition of "The Planets suite".

The music is performed dramatically and faithfully throughout, with Peek using various guitar sounds according to the mood of the piece. 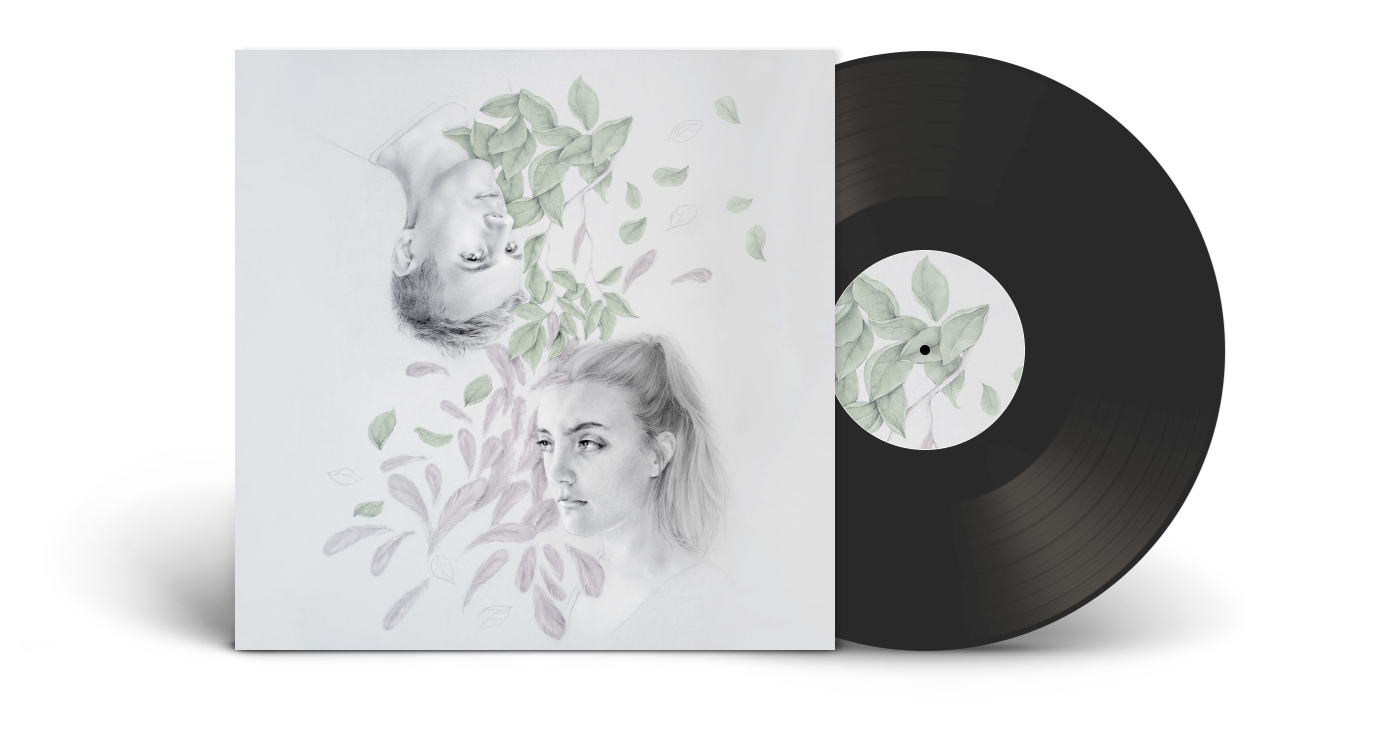 Tom Day chose once again Diggers Factory to release a new project on vinyl edition. On this one, the voice and the feather of Laura Lethlean gives to this EP a very unique soul.
It features 4 new songs, recorded over the 2018-2019 period. The B-Side of the vinyl will also feature 4 bonus tracks from previous digital releases.

Only 50 on offer and unlikely to be pressed again. 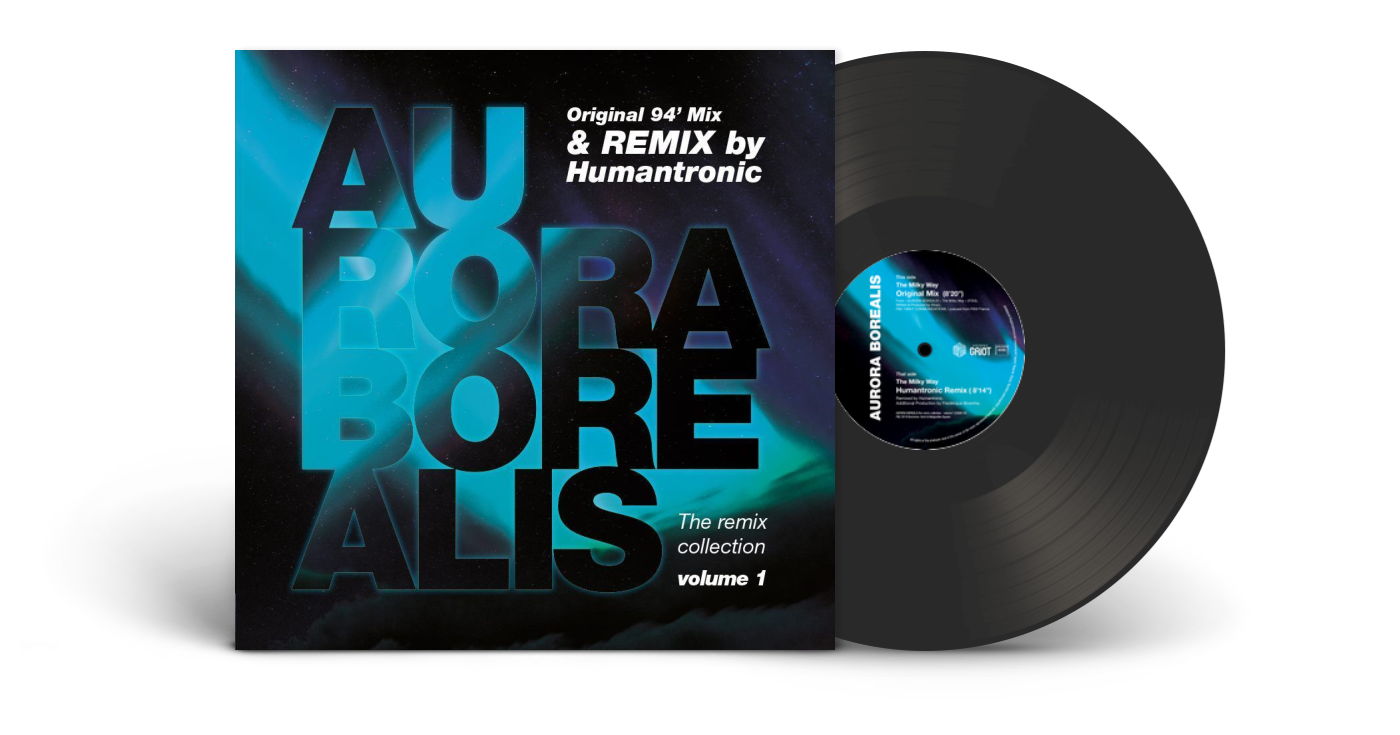 Shazz and Jean-Marie K met in 1992 at "Respect For France", the first electronic music tour organized in French clubs by the famous Fnac Music Dance Division label, a tour that, for the first time, had a stage composed of sets of DJs and lives of artists like Shazz, Laurent Garnier, Ludovic Navarre aka St Germain or ScanX.

Shazz, an inescapable artist, leaves his indelible imprint on the mythical labels Fnac Music Dance Division and F Communications with titles such as "Milky Way" (Aurora Borealis), "Acid Eiffel" (Choice), "Back In Manhattan" under his own name, or the "No Work Today" of Nuages.

He also produced a number of notable albums, "Shazz", "In The Light", "Beautiful", "Heritage", on majors or labels like Sony, Universal Music or Pschent, with titles such as "Innerside", "El Camino", "In My Life" or "Mirage". Some of his tracks are remixed by the greatest producers of House Music and Techno like Osunlade, Blaze, Kevin Yost, Joe Claussell, Ron Trent or Laurent Garnier and Carl Cox for Aurora Borealis. He continues to explore new musical horizons in total independence with "EPilogue" released in 2016. He is currently working on his new opus.

Jean-Marie K, pioneer of the French scene and former A&R of Fairway Records, he pursues his DJ career playing in Parisian clubs like le Rex Club, le Palace, le Queen and in international venues by appearing in clubs and big festivals throughout Europe like Sonar, Dimensions, Mystery Land, Love Parade, and Mayday. DJ resident on Radio FG, he held his residency for 9 years with his show "After FG" with DJ’s like Carl Cox, Sven Vâth or Roger Sanchez. As a producer and remixer he released his music on labels such as Suruba, NRK, Id&T, Jays Records, Betrieb Records or 96 Music for his House project KnR alongside The Avener.

These long-standing friends were left with an ambitious project the re-release of Shazz's most outstanding titles over the past 25 years! The SHAZZer Project was born out of the desire of these two enthusiasts to help discover or rediscover Shazz’s emblematic titles from his albums or F Communications releases remixed by big players of the electronic music scene.

This is how Satoshi Tomiie, DJul'z or Agrume landed on the label’s first release, the “S” EP in June 2018. Followed by Buch, Yousef, Christopher K and Humantronic on the ‘H’ EP in July 2018. These first two EPs only distributed in digital received exceptional support from the greatest international DJs.

In order to continue on these good vibes, the next label releases will be completed with a vinyl distribution via Diggers Factory. To inaugurate this mythical medium unsurpassed in sound and grain, several series of remixes will be released at the dawn of 2019 dedicated to “Aurora Borealis” and the iconic track “The Milky Way” remixed by Humantronic, Petar Dundov and Karim Sahraoui for the first two volumes.

This return to the origins of the French Touch reminds us how much the work of these two artists continues to exert its influence on the international scene. With the "SHAZZer Project" you're back from the future ! 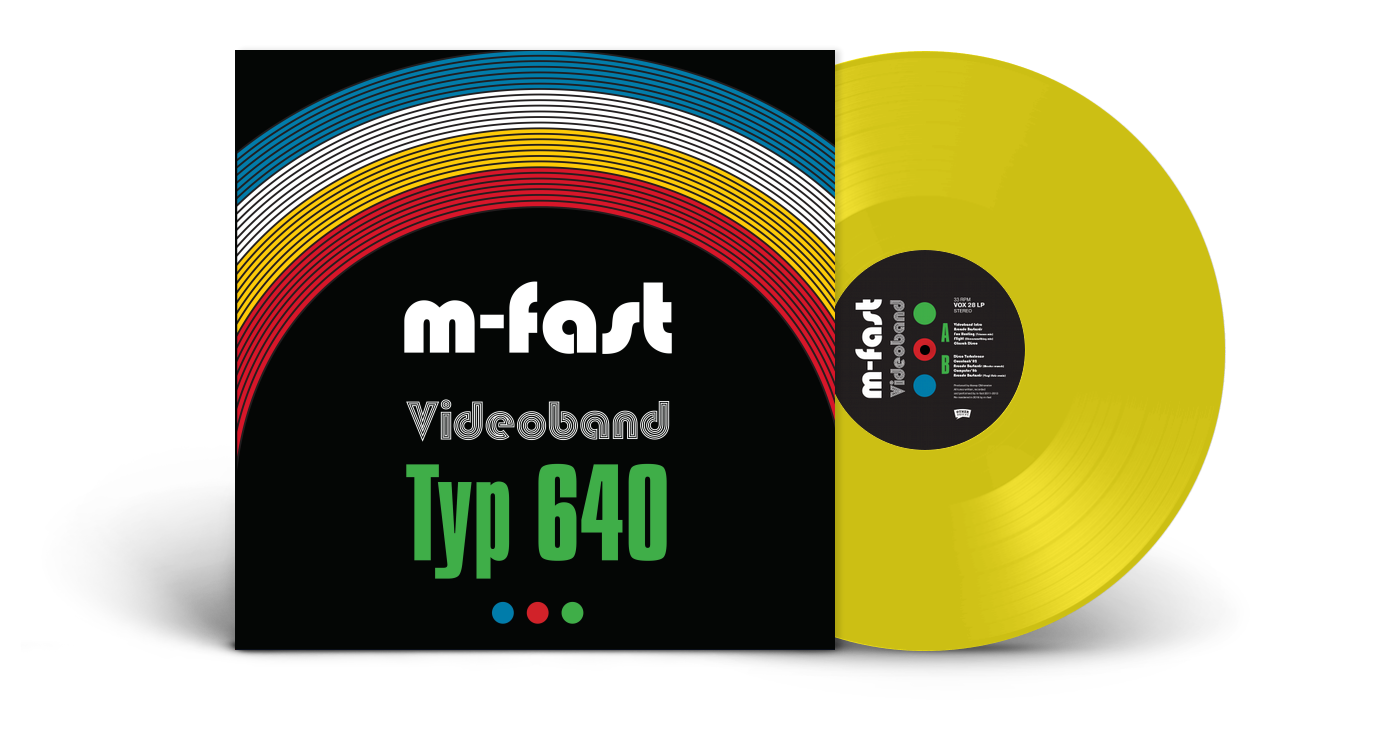 Heavily inspired by aesthetics of golden ages of the 70's and 80's, sci-fi movies and old-school computer games as well as works by Kraftwerk, Georgio Moroder and Tangerine Dream, M-fast utilized vintage analogue equipments to create its own version of weird retrowave music. Disco, synth-pop and ambient sounds blend together in this retro feast for the ears.

Bears Smoke Cigaretts - Thru the ceiling 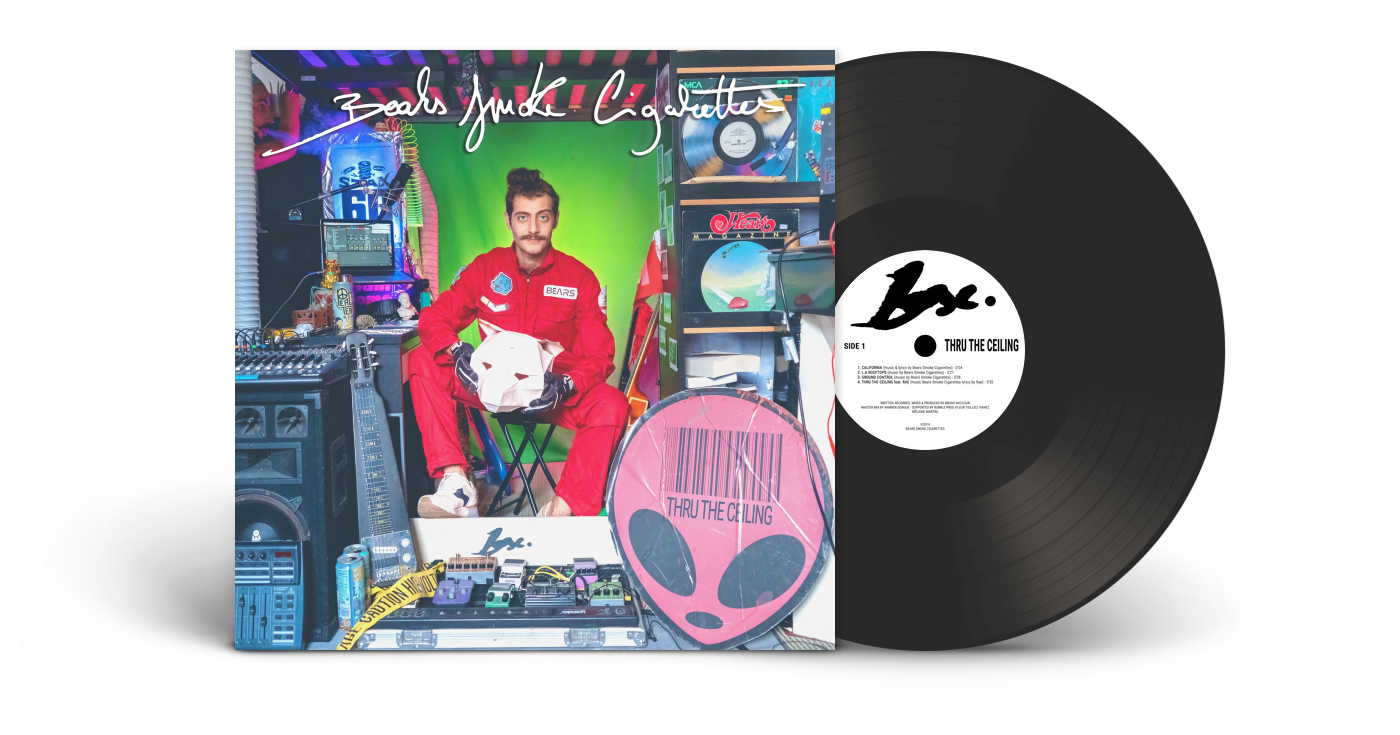 After 6 months in Los Angeles, Bruno (Bears Smoke Cigarettes) returns with a new EP: "Thru the ceiling", more dancing but also more personal. Composed on his return from California, he takes a tender look filled with a certain nostalgia that we all feel after returning from a trip. He translates this emotion by a floating feeling pushing him to let go. Driven by memories and all the good energy accumulated during his trip, he leads us ardently in an epic leaving room for the feast and the gentle caress of the California sun.

Rich of the human and sound encounters that guided his stay, this new EP is that of maturity. Indeed, these meetings pushed him to return to the rock of the 80s / 90s, his first influences, to confront them with his current inspirations anchored in electronic music. This mixture of sounds, give a singular identity to this EP.

After a whole year spent between 4 walls to produce this EP, he finally reveals to the public a collection of 5 titles. The first version of this EP was released in digital format in December 2018, this vinyl is the 2nd version which contains 2 exclusive bonus tracks.